I recently attended the inaugural meetup of the Cambridge Alexa Developers Group held at Amazon’s Cambridge office. The group was set up by Bob Harris and Rich Merrett, who both gave talks on building Alexa skills and SSML.

David Low, Amazon’s Head of Solutions Architects, also gave a talk about how to best create a skill by working out its user value: 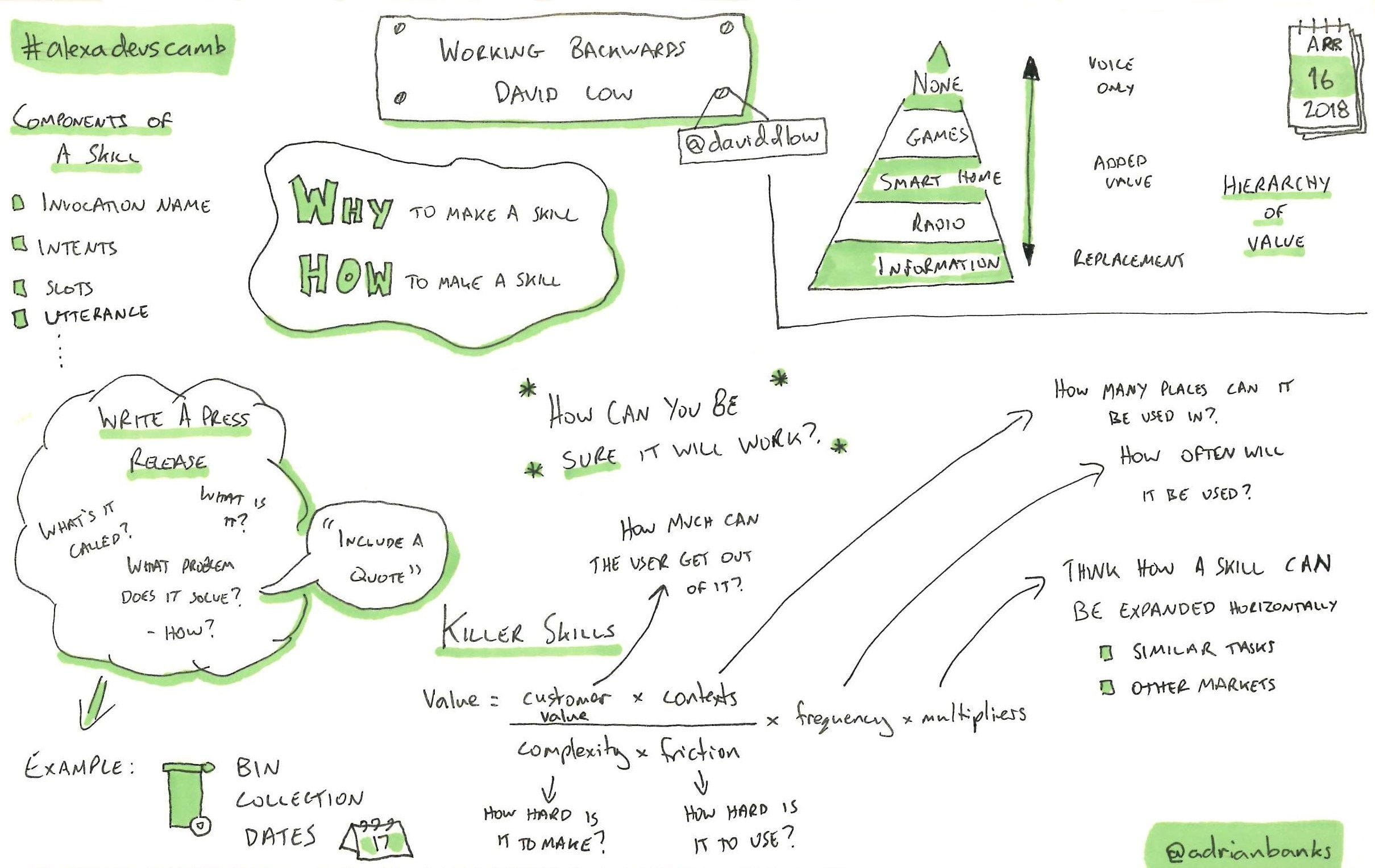 One particlarly interesting thing covered was a formula for working out whether a skill will be a “killer skill”:

While this talk wasn’t recorded, he has given a similar talk before that was.